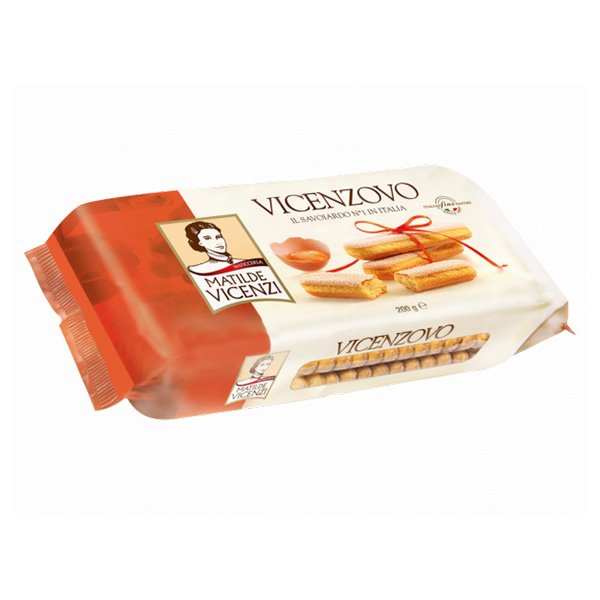 Vicenzi was established in 1905 in San Giovanni Lupatoto, at the gates of Verona, as a small bakery and grocery where Matilde Vicenzi, left a widow by her husband Sante, continued the family’s business of biscuit and pastry production, especially renowned for their amaretti (macaroons) and sfogliatelle (puff pastries). In 1912 at the Milan trade fair, Angelo and Bepi, Matilde’s sons, purchased the first cookie drop machine. This leads to the entrepreneurial vocation that accompanies Angelo throughout the years at the helm of the company. In 1950 Giuseppe continued his father’s semi-homemade activities and, accompanied by his siblings Mario and Beppina, takes the first steps towards industrialisation. In 1968 With the purchase of the first automatic line, Giuseppe Vicenzi specialises in amaretto production.

Vicenzovo is the best example of the classic Italian Savoiardi, internationally known also as Ladyfinger, for which he received, first in Italy, the product certification.