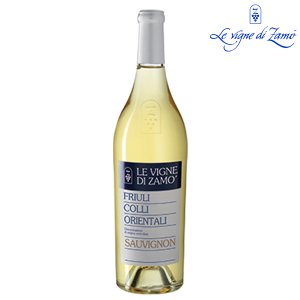 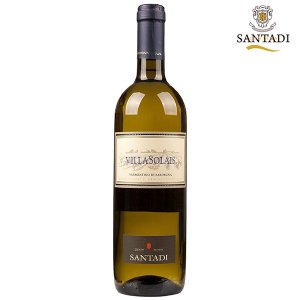 Brilliant straw yellow color, with green and golden tinges. At nose is fresh and pleasant, on palate is nice with fresh finish together with an attractive mineral note. The Cantina di Santadi Winery is located in the Sulcis area, in South-western Sardinia, just a few miles as the crow flies from the dazzling beaches and white sand dunes of Porto Pino. It was established in 1960, and after some start-up difficulties, a new management gave it a decisive boost, driven by strong determination which fanned enthusiasm and passion.
Thus the Winery embarked on an ambitious programme, adopting new strategies and clear targets, streamlining its operations and issuing coherent guidelines to its member grape growers.
The foremost aim was to stake operations on quality bottled wines, especially typical reds, enhancing and promoting the primary local cultivar: carignano, while not forgetting white grapes with a distinguished tradition in Sardinia, such as vermentino, nuragus and nasco. 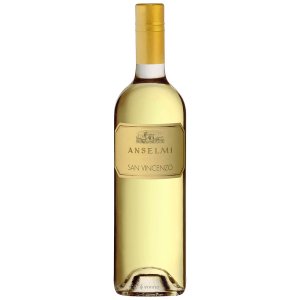 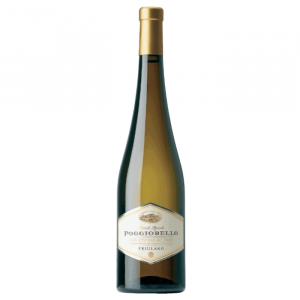 More than any other, this wine truly expresses the territory for which it was named. In fact, in Friuli, ‘the Friuliano’ (which used to be called Tocai) is practically a synonym for white wine. Previously known as ‘Savignonassa’, due to its similarities to Sauvignon, it is destined to become standard bearer for enology in Friuli.

When Genagricola acquired Azienda Agricola Poggiobello in 1974, its vineyards covered a small surface area of only 12 hectares. This territory is internationally recognized as one of Italy’s best for the production of white wine and its extraordinary potential proved a driving force behind the decision to invest in these vineyards. The company gradually initiated a series of lot acquisitions near the Company’s the winery. The company now boasts a surface area of 110-hectares, ninety of which host cultivated vineyards. It grows ancient indigenous varieties like Ribolla Gialla, Friulano, Refosco, Verduzzo Friulano and Picolit (of which Poggiobello owns the largest portion of the Colli Orientali Consortium). Moreover, the company also grows the most known international varieties such as merlot and sauvignon , which have been cultivated in this territory for centuries. 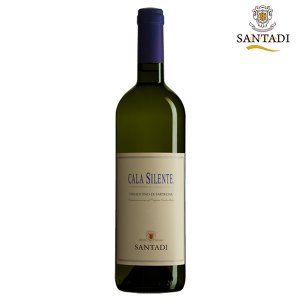 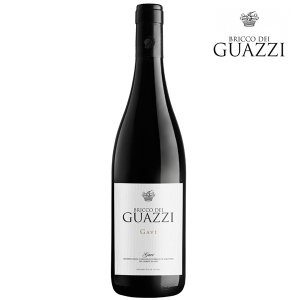 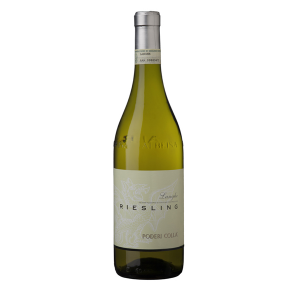 In 1993, Tino Colla and his niece, Federica, decided to join forces and create a new wine venture in the setting of the Langhe Albesi, driven by their attachment to their roots – those of a family that had been wine growers for generations – and by the desire to build something all their own while at the same time abiding by tradition. Poderi Colla comprises the following properties: Cascine Drago in Alba; Tenuta Roncaglia di Barbaresco and the Dardi Le Rose estate in Monforte. Three properties occupying outstanding sites, each specialising in growing different types of wine and covering a near-complete spectrum of Alba winemaking. Beppe Colla, Federica’s father and Tino’s brother, makes a fundamental contribution: over 60 years (his first harvest was back in 1949) of unique, impassioned, top-level experience in the production of Alba’s fine reds.Tino’s eldest son, Pietro, has been playing an active role on the Colla team since 2007; he was born in 1980 and has followed in the family’s footsteps by attending the Alba Winemaking School and graduating in oenology at Turin University in 2006. All the wine - around 150,000 bottles yearly - is made from grapes grown on the estate, thus ensuring greater direct control at every step in the process, from vineyard cultivation to winemaking, maturing and bottling.

A Rhenish Riesling planted in Cascine Drago in the 1980s: with fresh citrus flavours in the first year, it later develops the classic complex notes of this grape variety, still with fresh acidity, which gives it good ageing potential. 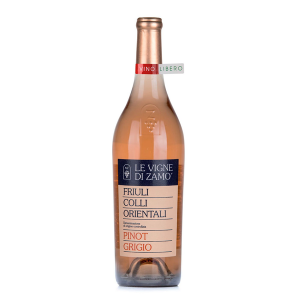 This pinot grigio by Le vigne di Zamò will first surprise you with its particular flavour obtained from the maceration of the skins. 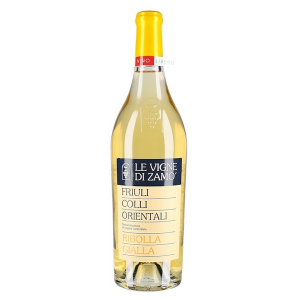 Using one of the most typical grapes in Friuli Venezia Giulia, Le Vigne di Zamò produces this optimal ribolla gialla. 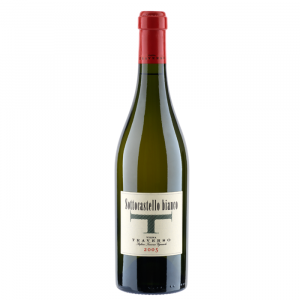 A blend of Chardonnay and Viognier. The first wine of the new winery Gurra di Mare located in Porto Palo (Menfi), Sicily; a perfect terroir for the two international grape varieties. A golden yellow colour with an intense and complex nose that leads to apricot and yellow peaches aromas, white flowers, spices and honey. A sweet exotic intensity that combined with a pleasant freshness conveys in an harmonic wine. Feudi del Pisciotto has the new vineyards (33 hectares planted since 2002) situated at about 250 meters of altitude and 6 km from the sea as the crow flies. It benefits therefore of two climatic moderators: altitude where arrive the sea breezes, and the sea itself, a great compensator of the temperature. The vineyards of Feudi del Pisciotto have 50% of the red wine king of the island, the Nero d’Avola, and 50% of international red wines like Cabernet, Merlot, etc and two white wines Semeiloon and Gewuz Traminer, for an unusual Passito.

Grillo is perhaps the least known of the Sicilian varieties, though in no way inferior to those more widely recognised. Its notes of pear and apple-quincemake it instantly recognisable and noteworthy. Guicciardini Strozzi (two families united by marriage) is one of the oldest producers in Tuscany. Their business boasts over 1000 years of activity, with the earliest testimony to Cusona’s existence dating back to 994 AD. The Guicciardini Strozzi winery produces 22 varieties of wines. Amongst the best known labels is the Vernaccia di San Gimignano, which was produced for the first time by the winery in 1200 and exalted by Dante, Michelangelo and Boccaccio.

Respectful of old Tuscan traditions, this wine is made from a meticulous selection of Trebbiano, Malvasia and San Colombano grapes, methodically withered on fruit drying racks. After vinification, Vin Santo ages for over 4 years in partially full casks, stored in the historical attics of Cusona.